Hotel Continental is located in the heart of Pilsen in a park area.
The Republic Square is 50 meters from us. There is a tram stop
nearby (lines 1 and 2) and the train station is also within walking
distance.

The hotel serves a continental breakfast each morning, which is included in the room rate.
Our restaurant and café is stilyshly fursnished and has a touch of the First Republic atmosphere.
You can come to us for coffee, wine or drink. Take a look at the interior and menu of the restaurant.

We will be happy to organize a family celebration, wedding, gala dinner or lunch, banquet or
company meeting in the hotel restaurant or Blue lounge. Café & Restaurant offers a homely atmosphere
for up to 120 guests with the possibility of variable arrangement of the space for various gatherings.

For hotel guests we have prepared 20 parking spaces direcly in front of the hotel. Do not be worry where
to park your car. The fee is 150 CZK/car a day and 500 CZK/bus a day. For motorbikes we have parking
in the lockable courtyard FOR FREE.

In particular history lovers will appreciate the story that the hotel walls conceal.In the restaurant you can
still admire a portrait of the charming one-time owner Eugenie Ledecká. She married the hotelier Emanuel
Ledecký in 1931, whose father owned the hotel.

A young Eugenie got used to the building built 1895 by the Citizen's Breweries, formerly called Menčík and
later Pilsner Hof, as hard as her husband. Their marriage was not a very happy. But the hotel was doing well.
It was renovated and during the First Republic period became the most luxurious accommodation in Pilsen.

During an air raid in December 1945, the hotel was hit. Emanuel Ledecký dided in the bomb shelter with many others.
Eugenie was left alone with two young children and a bombed hotel that had to undergo reconstruction.
After the liberation of Pilsen by the US Army in May 1945, the hotel became a temporary headquarters of
General Hinds from the famous 2nd Infantry Division (Indian Head). The general fell in love with the charming
hotelier and she returned his love. Even though she married diplomat Janeček and she went to the USA with him and her children.
In 1952 the hotel was nationalized.

In the 1990s Eugenie Janečková restituted the hotel and entrusted it to her two sons: George and Emanuel.
In 2014 her son George sold the hotel to new owners who are gradually returnign the First Republic style and trying to follow the tradition.

In November 2019 author Jana Poncarová wrote a novel Eugenie - the story of a Czech hotelier.
The book is inspired by the true story of Eugenie. Unfortunately the book is available in Czech language at this moment. 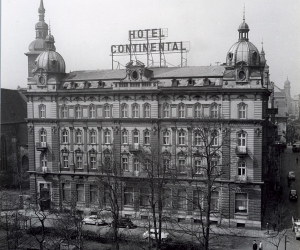 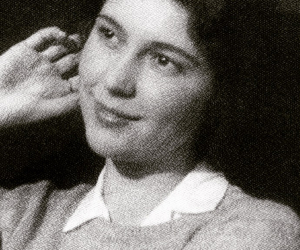 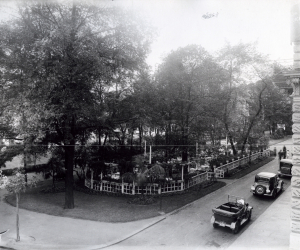 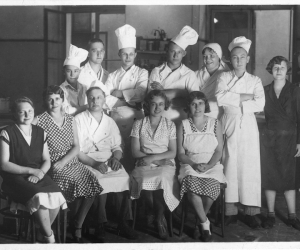